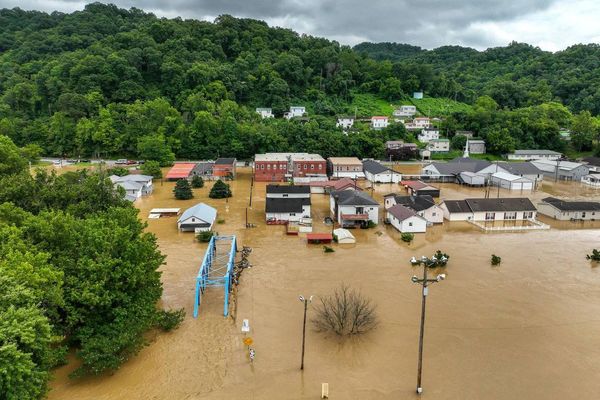 The funds for the donation come from CCCU's "Cards that Give to Missions" program, in which a portion of the Credit Union’s interchange income (fees merchants pay to card issuers) is donated when cardholders use their Christian Community Credit Union-issued credit cards for purchases.

"Our prayers are with those impacted by the recent floods in Eastern Kentucky," said Blair Korschun, Christian Community Credit Union President and CEO. "Natural disasters are devastating to all, and it is imperative that we unite as Christians in bringing hope and much needed care to our fellow brothers and sisters who have been impacted. I encourage you to join CCCU in making a difference by donating to ABHMS or other organizations to help victims of the Kentucky floods."

"I want to thank CCCU for their bounteous financial contribution to disaster relief for victims of the devastating floods in Eastern Kentucky," says Dr. Jeffrey Haggray, Executive Director of ABHMS. "This $5,000 gift not only advances our One Great Hour of Sharing offering considerably—it reflects CCCU's long-standing generosity in partnering with American Baptists to address human needs in times of crisis."

Christian Community Credit Union has over $880 million in assets and over 30,000 members nationwide. For over 65 years, the Credit Union has served as a financial partner of Christian ministries, churches, and their members.

Click here to download a photo of the aftermath from the flooding in Kentucky. (Photo courtesy of Ryan C. Hermens.)