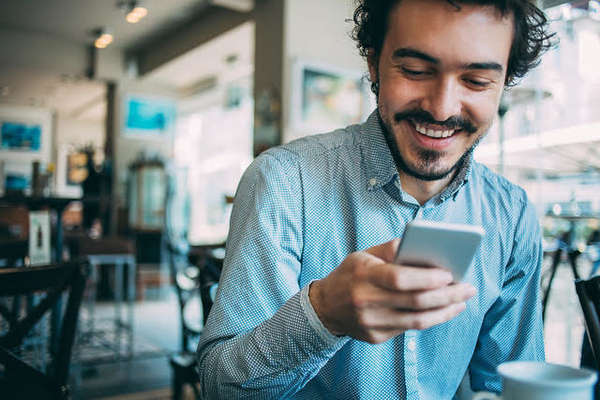 STREAMS IN THE DESERT: Isolated Christians in the Middle East are using their smartphones to connect with other believers on the region's first-ever faith-based streaming service. SAT-7 PLUS (www.sat7usa.org) -- a Netflix-type service that provides faith-based programs 24/7 in Arabic, Farsi and Turkish -- is a spiritual lifeline for "secret" Christians living in fear of persecution and even death

EASTON, Md., April 19, 2022 /Standard Newswire/ -- Isolated Christians in the Middle East, including many struggling to survive, are using their smartphones to connect with other believers on the region's first-ever faith-based video-on-demand service.

Since launching a year ago, SAT-7 PLUS -- a Netflix-type service of faith-based programs 24/7 in Arabic, Farsi and Turkish across the Middle East and North Africa -- has become a spiritual lifeline for those who must live out their faith in secret in a region that's only 3% Christian.

"Meeting and worshipping with other believers is a matter of life and death for Christians in some parts of the Middle East and North Africa," said Shady (pronounced Sha-dee) Francis, Arabic digital director for media ministry SAT-7 (www.sat7usa.org).

The channel gives those under threat of persecution in places like Iran and Afghanistan the previously unimaginable opportunity to join other believers worshipping in their own language in real-time.

Digital, Social 'Explosion'
Use of digital and social media is surging in places like Iraq and Syria, especially among young people searching for hope and purpose amid war and collapsing economies.

"We all know that young people are spending more and more time on screens, consuming content that's often harmful and pushes them further away from God," said Francis. "The upside is that we're meeting young people right where they are on social media and video streaming. Every day, the gospel is changing lives."

More than two-thirds of people in the region use their phones to stream and watch video content, according to SAT-7's technology director Antoine Karam in the Middle East.

"In the midst of all their struggles, they're ready to see God's love made visible," he said.

Popular social media platforms such as Facebook -- used every day by 90% of young people in the Middle East and North Africa -- link to the Christian channel's livestreams.

Via messaging apps, viewers can chat with online counselors who speak their language, understand their struggles, and respond to their questions about faith.

'Children of the Light'
"Many viewers don't come from Christian backgrounds, and they're eager to see and know more," said Francis. "Because they're raised with the idea that Christianity is a Western religion, they're often surprised to learn that the Christian faith began here in the Middle East."

"I can't describe it, but my whole being was filled with the presence and peace of the Holy Spirit," a viewer told the ministry recently. Another viewer described the show's hosts as "children of the Light."

About SAT-7
Launched in 1996, SAT-7 (www.sat7usa.org) -- with its international headquarters in Cyprus -- is a multimedia ministry that broadcasts Christian and educational satellite television and online programs to people in the Middle East and North Africa. Its mission is to make the gospel available to everyone, and support the church in its life, work and witness for Jesus Christ. SAT-7 broadcasts 24/7 in Arabic, Farsi (Persian), Dari and Turkish, using multiple satellite channels, social media, and online services.