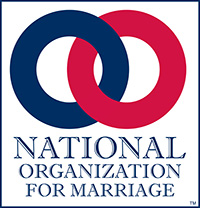 "I am honored that the Board of the World Congress of Families has elected me to serve as its president, and I look forward to continuing to work to advance the pro-family movement in the US and around the world," Brown said. "Preserving and promoting the natural family as the core institution of society is an essential task if we are to build strong, stable, healthy communities."

The World Congress of Families (WCF) is anchored in truths enshrined in the United Nations' Universal Declaration of Human Rights, which provides that, "Everyone has the right to freedom of thought, conscience and religion" (article 18), and that, "The family is the natural and fundamental group unit of society and is entitled to protection by society and the State" (article 16(3)). WCF focuses on providing that protection to which the natural family is entitled, while also protecting the right to freedom of conscience and religion. WCF upholds the rule of law, condemns violence, and respects the dignity and rights of all.

"In recent years, secular leaders around the world have become obsessed with advancing so-called 'alternative' family structures. But there is no family structure more valuable and important to children and civilization as a whole than that of a married father and mother raising the children born of their union in an intact and loving family," Brown said. "The natural family produces the best outcomes for society – promoting child health and well-being, encouraging marital happiness, enhancing economic prosperity, reducing delinquency and criminality, enhancing educational attainment, promoting spiritual growth, and securing liberty and human dignity. I look forward to contributing to WCF's work to develop and advance pro-family policies around the world."

The mission of the World Congress of Families is to help secure the foundations of society by uniting and empowering leaders worldwide to respect, protect, and defend:

Paid for by The National Organization for Marriage, Brian Brown, president. 2029 K Street NW, Suite 300 Washington, DC 20006, not authorized by any candidate or candidate's committee