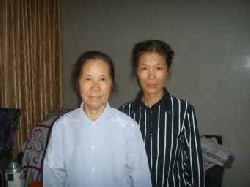 MIDLAND, , Oct. 23 /Standard Newswire/ -- China Aid Association learned the local prosecutor in Xiaoshan district, Hangzhou city, Zhejiang province decided not to prosecute the 6 Church leaders in the event at this time. The case has been returned to the local PSB to gather more evidence. Family members of the indicted pastors were notified this decision on October 16, 2006.

According to information acquired by CAA, at the time of the event the church leaders implored the military police to postpone entering the construction site, and at the same time urged the Christians to leave quickly. The potential large-scale clash was actually avoided on the spot. The local people's prosecutor might find the charge of incitement to resist law-enforcement is not tenable. So the case was returned to the local PSB to gather more evidence.

According to an expert legal analyst, the most optimistic prospect is that the case will be thrown out for lack of sufficient evidence.

It is well known that the local PSB began investigating an old case that was settled 3 years ago, known as the 8/22/04 event for short. In 2004, Xiaoshan churches held a series of open-air Gospel meetings to evangelize the nomadic workers in Xiaoshan. As the attendance increased vehemently, the local PSB intervened. August 22, 2004 the police intercepted & arrested some Christians on their way to the meeting site. The issue was peacefully settled with an agreement between the local PSB and the church that stated that the PSB would stop the investigating if the church stopped holding similar activities and the negotiation was videotaped as a proof.

The 6 church leaders are all prestigious Christians in Xiaoshan, Rev. Bob Fu, the president of CAA said, They are absolutely law-binding and peaceful people of faith and we urge the Zhejiang authority to honor the rule of law and the spirit of religious freedom and to release them immediately.

Bob Fu also expressed concern that some individuals in the Xiaoshan PSB broke the agreement made with the church in 2004. The local government authority will lose their credibility in the eyes of thousands of religious believers in the long run.