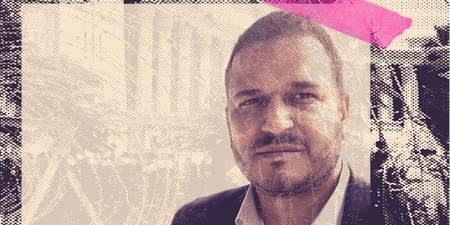 WASHINGTON, Nov. 29, 2021 /Standard Newswire/ -- Ramy Kamel was arrested on Nov. 23, two years ago. Ever since, he has been in preliminary investigative detention, during which he has been subjected to abusive treatment and solitary detention. Mr. Kamel has not been referred to a court, nor formally accused of any specific charges. Yet, the State Security Prosecution decided on Nov. 27 to extend Kamel's detention for another 45 days, in direct contravention of its own laws.

Egyptian law stipulates that the period of pre-trial detention in the preliminary investigation stage and in all other stages of the criminal case may not exceed one third of the maximum penalty for deprivation of liberty, such that it does not exceed six months in misdemeanors and eighteen months in felonies, and two years if the penalty prescribed for the crime is life imprisonment or death.

Strictly speaking, if Ramy Kamel were to be accused of a crime that is punishable by life imprisonment or the death penalty, the maximum pretrial detention period - according to Egyptian law– ended on November 23, 2021. Yet, the Egyptian judiciary has failed to make any formal accusations against Mr. Kamel, much less show any indication of ending his illegal and abusive detention.

Furthermore, Mr. Kamel's rights have been violated on multiple occasions during the two years of detention. He was allegedly tortured several times by national security officers on November 5, 2019, and November 23, 2019 without any investigation ever being opened into his allegations. Mr. Kamel has been denied the Egyptian prison regulation guarantees for those held in solitary, which include a) two hours exercise per day – one in the morning and one in the evening –; b) access to receive books and newspapers; c) the right to access and use pen and paper to send and receive correspondence; and d) a daily doctor check-up. According to UN experts, this lengthy time in solitary amounts to torture, and further demonstrates the arbitrary nature of his detention. The Committee against torture also concluded that "torture was a systematic practice in Egypt."

This kind of brutal behavior by Egypt's authorities is egregious. Furthermore, Ramy Kamel's case is not unique. There are many other Egyptian activists, journalists, politicians, and regular citizens who are suffering under Egypt's sham of a judicial system. For this reason, Egypt deserves the rank 125 out of 128, or FOURTH FROM BOTTOM, in the "WJP Rule of Law Index 2020."

Rather than address these real deficiencies and injustices, the Egyptian government continues to propagate public relations campaigns touting its new human rights strategy and President Sisi's "New Republic," which appears to be nothing more than even more authoritarianism.

Coptic Solidarity is an organization seeking to help minorities, particularly the Copts, of Egypt. We support those in Egypt working for democracy, freedom, and the protection of the
fundamental rights of all Egyptian citizens, and advocate in cooperation with the affiliated organizations in Canada and in Europe (Solidarité Copte). For more information, contact Lindsay Griffin at 801-512-1713 or coptadvocacy@copticsolidarity.org.