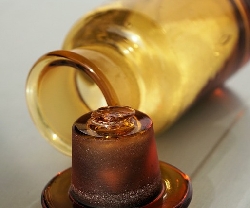 Dore: "Colorado's Prop. 106 is a deceptive and fraudulent measure that promises choice and control for individuals, but takes that choice away."

Photo:  Even if the patient struggled, who would know?

"Choice is an Illusion has launched a new website, 'Choice Illusion Colorado,' specifically to fight Prop. 106 in these last days before the election," said Dore. "The website's purpose is to set the record straight on a deceptive and fraudulent measure that promises choice and control for individuals, but takes that choice away."

"A central problem with Prop. 106 is that a person assisting a suicide or euthanasia can have an agenda," Dore said, "for example, the patient's adult son who will financially benefit from the patient's death due to an inheritance." Dore elaborated, "The son will have a financial motivation to be sure that the death goes through. This may or may not be consistent with the patient's choice."

"This central problem is exacerbated by provisions in Prop. 106 that strip away existing patient rights," Dore said. "Under current Colorado law, patients have a right to informed consent regarding treatment options," said Dore. "Under Prop. 106, patients instead have the right to an 'informed decision,' which limits their right to information," Dore explained, "more to the point, they have no right to be told about options for cure."

"Worse," said Dore, "there is a complete lack of oversight when the lethal dose is administered." Dore explained, "No doctor, not even a witness, is required to be present at the death." Dore said, "This creates the opportunity for someone else to administer the lethal dose to the patient without his or her consent." "Even if the patient struggled, who would know?" said Dore, "Prop. 106 creates the perfect crime."

"To illustrate," said Dore, "I have a friend who was diagnosed with cancer in 2000 and decided that she would use Oregon's assisted suicide law." Dore added, "She had been given six months to live, i.e., without treatment." Dore said, "Her doctor convinced her to be treated for cancer instead of taking the lethal dose. Today, sixteen years later, she is thrilled to be alive."

Dore concluded, "Prop. 106, if enacted, will allow the perfect crime. People with years to live will be encouraged to throw away their lives. Even if you like the concept of assisted suicide and euthanasia, Prop. 106 is the wrong law."