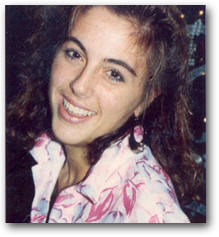 Contact: Andre Kim, Priests for Life, 347-286-7277
NEW YORK, March 26, 2012 /Standard Newswire/ -- Fr. Frank Pavone, National Director of Priests for Life, who became known as the "Terri Schiavo Priest" because of his involvement in the case back in 2005, issued the following statement in preparation for the seventh anniversary of her death on March 31:
"None of us who were in Terri's room during her final weeks and hours will ever forget the intense spiritual and emotional impact of that experience. Terri's death was not a dignified, peaceful, beautiful event, like the proponents of euthanasia want to paint it. Instead, it was violent, ugly, and offensive to the dignity that Terri and every human person, whether disabled or not, possesses.
"During Terri's fight, some asked, 'Why so much commotion over one person?' Our answer is twofold. First, every single person is worth every effort it takes to stand up for them. And second, Terri's fight is our fight. If she is not safe, neither are we. If she can be discarded, so can millions of others.
"That's why I'm so grateful to see how God's grace sustains Terri's family to fight for all the other Terri's of our world. That's why our Priests for Life team is honored to have co-founded with them this annual International Day of Remembrance for Terri Schindler Schiavo and All of our Vulnerable Brothers and Sisters.
"As I said when I preached at Terri's funeral Mass, let us take hold of the mission that is given to us now, to move forward with resolve, creativity, and boldness to protect human life and build a culture of life."
For information on observing Terri's Day on March 31, see www.TerrisDay.org.
Priests for Life is the nation's largest Catholic pro-life organization dedicated to ending abortion and euthanasia. For more information, visit www.priestsforlife.org.