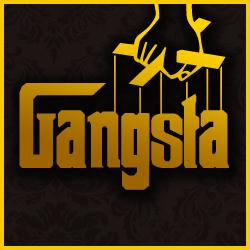 MORRISTOWN, N.J., Oct. 12, 2012 /Standard Newswire/ -- This month, nearly 2,500 attendees of Liquid Church of NJ won't hear from their regular pastor on Sunday morning, but rather, a real-life gangster.  Michael Franzese, who has generated more money for organized crime than anyone since Al Capone, will share about his decision to quit the Mob and follow Jesus when he speaks at the Morristown-based church on October 21.

Franzese was previously highlighted as number 18 on Fortune magazine's list of "The Fifty Biggest Mafia Bosses," just five behind John Gotti.  As the former "Prince of the Mafia," Franzese faced dozens of grand jury appearances, three major racketeering indictments, five criminal trials, seven years in prison and a Mafia death sentence.  After converting to Christianity, the former Mob Captain of the Colombo crime faction of La Cosa Nostra is living a free and productive life which includes activities with a youth outreach program.

Gangsters are a part of the Jersey aura and culture from Tony Soprano to the Boardwalk Empire, but a "real-life Gangsta" in church?  "Michael's story is a powerful one putting on display what happens when you go from a 'Goodfella' to a 'God-fella' -- that's the message we're illustrating this Sunday," said Tim Lucas, Lead Pastor of Liquid Church.

The 3-week sermon series entitled, "Gangsta," draws parallels between the life of a mobster and the life of the Biblical apostle Paul -- a murderer who called himself the "chief of sinners," but whom God ended up using to write much of the New Testament.

"It's rare to meet someone who leaves the Mob and lives to tell about it.  But Michael's story is living proof that no one is beyond hope.  God specializes in using people with dark pasts to bring light to the world," noted Lucas.

"Gangsta Sunday" with Michael Franzese Event Details (9:30am and 11:30am at all locations):

Liquid Church is one of NJ's fastest-growing Christian churches.  Founded in 2001 by Lead Pastor Tim Lucas, the church's vision is to "take church to the people" with campuses in Morristown, New Brunswick, and Nutley. Nearly 2,500 people experience Liquid's worship services each weekend in New Jersey and around the globe through Church Online. As a part of its global outreach Liquid provides clean drinking water to the poorest of the poor with dozens of completed projects in Ethiopia, Central African Republic, Haiti and El Salvador.  More details are available at: www.LiquidChurch.com.