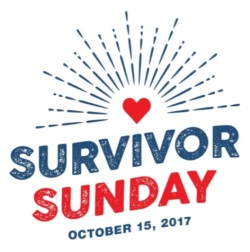 "God bless Prayer Warriors Against Gun Violence, Rev. Rob Schenck and the Dietrich Bonhoeffer Institute for organizing a national prayer effort appropriately titled Survivor Sunday. With our present epidemic of gun violence, we must not forget the survivors who are also victims. Let's all support them with prayer and compassion!" -- Dr. Joel C. Hunter, Chairman of the Central Florida Commission on Homelessness and Former Senior Pastor, Northland, A Church Distributed (Florida)

"In 1980, my 25-year-old mother was shot and killed. Then in 2016, my 18-year-old nephew was also shot and killed. This Survivor Sunday, I will be honoring their memory and leading my congregation and community in prayer for countless others who have lost someone to gun violence. As believers in Christ, we have an opportunity this Survivor Sunday to be agents of change against senseless gun violence." -- Lorenzo Neal, Author, Radio Host and Pastor, New Bethel African Methodist Episcopal Church (Mississippi)

"It's been almost 5 years since my son, Jordan, was murdered by a man with a gun for playing loud music in his car with a friend. The pain of losing my only child still continues to burn in my heart. And each day that I meet another grieving parent of a lost loved one, I'm reminded of the 91 people per day that will continue to die if people of faith are not engaged in saving lives. As men and women of faith, we are called to step out of the boat. Therefore, it must be the response of the Church to shoulder responsibility for taking on the task of ushering in a nationwide moral movement for gun violence prevention. This Survivor Sunday, let's lift up the slain, Church. Let's lift up the brokenhearted and rally together to preserve the sanctity of human life." -- Lucy McBath, Founder, Champion In The Making Legacy Foundation and Faith & Outreach Leader, Everytown For Gun Safety and Moms Demand Action For Gun Sense in America

"The gun violence we see in movies, usually void of the devastating consequences, are rarely a true depiction of the horrific reality. One momentary, cold-hearted act sets off a chain of broken hearts, shattered families, inconsolable loved ones, neighborhoods trapped in fear, forever altering the soul of a community. The collateral damage of a life violently ended too soon, continues for generations. On this Survivor Sunday, PRAY that God would heal our land, leading us away from violence, hate and murder to love, kindness and understanding. PRAY that God would bring comfort to the afflicted with His loving Presence. And PRAY that God would mend the broken hearts that have been visited by senseless loss." -- Dan Rupple, CEO, Mastermedia International

WASHINGTON, Sept. 21, 2017 /Standard Newswire/ -- The social network Prayer Warriors Against Gun Violence announced today it is joining forces with The Dietrich Bonhoeffer Institute (TBDI) and prominent church leaders across the country to launch the first annual Survivor Sunday on October 15, 2017. In what is intended to be a yearly commemoration, a range of evangelical leaders and survivors are inviting individuals and churches to come together in prayer for those whose loved ones have been injured or killed as a result of gun violence. Survivor Sunday is also intended to raise awareness of the more than 30,000 Americans lost and over 81,000 Americans who are injured annually as a result of gun violence in the United States.

"Survivor Sunday is a wonderful way for Christians to reach out with the love of the Great Physician to those devastated by gun violence," said president of The Dietrich Bonhoeffer Institute, Rev. Dr. Robert Schenck. "A bullet can take a life suddenly and frighteningly, but it can also leave survivors, loved ones, witnesses, and even whole communities deeply traumatized and in bondage to fear. Survivor Sunday telegraphs the critical message that Christians care about all the ways in which people suffer after a gun is used to harm someone. It is a powerful, prayerful ministry of compassion."

For Roxanna Green, a member of the Survivor Sunday Leadership Team, the day's theme is close to her heart. Her nine-year-old daughter, Christina-Taylor, was tragically killed along with five others in the Tucson shooting of Congresswoman Gabrielle Giffords in 2011.

"Gun violence has taken and is taking too many lives in our country, leaving a devastating hole in the hearts of survivors who must grapple with the death of their loved ones," said Green. "I know the pain that many of these families feel. My family and I experienced this firsthand when our daughter, Christina-Taylor Green, was killed by a senseless act of gun violence. Even before our daughter was shot at the tender age of nine, our family had been committed to preventing gun violence. Since we buried Christina-Taylor, we feel an even greater urgency to stop gun-related deaths in America. My desire is that no other parent, child, friend or loved one ever has to endure the pain my family has known since that fateful day in 2011." Green continued, "On Survivor Sunday, I'm looking forward to loving on and praying with other survivors for peace, comfort and protection against future gun violence."

Pastor James Ward Jr. of INSIGHT Church in Chicago, Illinois acknowledges that gun violence is a challenging subject and many evangelicals struggle regarding a solution. Hopeful that Survivor Sunday will bring love and support to those affected by gun violence, Ward suggests turning to the power of prayer as a proper response.

"While serving people, Jesus was deeply moved with compassion for them. I am proud to join the thousands of caring and compassionate people across America in praying for those affected by gun violence and to honor the memory of their precious loved ones. We pray to God our Father, who heals the brokenhearted and binds up their wounds (Psalm 147:3)," said Ward.

To learn more about the Leadership and Prayer Teams for Survivor Sunday, or to get involved, visit www.survivorsunday.org. Sample prayers, resources and take-home literature on gun-violence prevention are also available on the website. Follow the conversation about Survivor Sunday on social media @PrayToEndGunViolence or by using #SurvivorSunday.