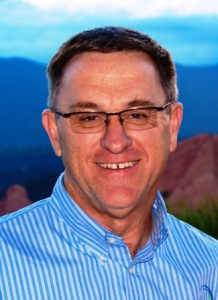 Ahead of the third annual International Day for the Unreached, organizers warn that 'fuzzy thinking' is hampering efforts to fulfill Great Commission

COLORADO SPRINGS, Colo., Jan. 10, 2018 /Standard Newswire/ -- A group of organizations committed to taking the gospel to the far corners of the world is launching a major campaign to accelerate its efforts by reclaiming the real meaning of an increasingly misunderstood term: "the unreached."

Photo: Jon Fugler, chairman of the Alliance for the Unreached, a movement encouraging churches and individual believers to join its efforts to reach those who have never heard the gospel and celebrate the International Day (www.dayfortheunreached.org) on May 20, 2018, Pentecost Sunday.

As they prepare for the third annual International Day for the Unreached (www.dayfortheunreached.org), on May 20, 2018 -- Pentecost Sunday, organizers of the event fear that misunderstanding and misuse of the phrase is hampering the fulfillment of the Great Commission.

"Let's be clear. The unreached are not our neighbors or our co-workers who may not be Christians," said Jon Fugler, chairman of the Alliance for the Unreached, a year-round movement spotlighting the 2 billion people globally who have yet to hear the good news. "They are not unreached, because they have us. The unreached live in places where no one is there to tell them about Jesus."

Alliance members are concerned the term has come to be used so broadly that many Christians have lost sight of the need for a greater missions focus on parts of the world and people groups where there are few, if any believers. As a result, few missionaries are working among the truly unreached, which hampers the fulfillment of the Great Commission, and their efforts are woefully underfunded.

"Of course, believers need to keep praying for and reaching out to those around us who don't know Christ, but we believe it's imperative that as a church we embrace a greater commitment to seeing the good news taken to the truly unreached -- those in places and among people groups where the gospel has yet to be heard," said Fugler.

Held each year on Pentecost Sunday – which marks the birth of the early church, when the Holy Spirit fell on the first disciples and empowered them to follow Jesus' command to "go into all the world" – the International Day for the Unreached aims to inform churches and individual Christians about the scale of the challenge, inspire them by reports of what is being done, and involve them in further efforts through prayer, giving and action.

More than 6 million people learned about the International Day for the Unreached on Facebook last year, when the alliance hosted a special online event. Organizers hope to reach even more this year, with the addition of three new members to the group.

Joining the alliance are:

They have come alongside alliance members Bibles For The World, Missio Nexus, OM-USA (Operation Mobilization), Partners International, Reach Beyond and World Mission.

"We're delighted to welcome these new partners to the alliance," said Fugler, who is director of U.S. Media Partnerships with Reach Beyond. "Their involvement points to a growing awareness that fulfilling the Great Commission requires not only like-minded agencies, but the whole church coming together in a new way. Part of that necessitates being clearer about what we are being called to, and that means reclaiming the real meaning of 'unreached.'"

Fugler added: "Fuzzy thinking leads to fuzzy actions. Only when we recognize that talking about the 'unreached' really refers to those who truly have not heard – the unreached are those who are 'unpreached,' you might say – rather than all non-believers, will we really be more motivated to be part of doing what it takes to follows Jesus' mandate to go into all the world."

The International Day for the Unreached (www.dayfortheunreached.org) is an initiative of the Alliance for the Unreached, a group of evangelistic ministries and other organizations, including Bibles For The World (www.biblesfortheworld.org),  InChrist Communications (www.inchristcommunications.com), Mission Network News (www.mnnonline.org), Missio Nexus (www.missionexus.org), Operation Mobilization (www.omusa.org), Partners International (www.partnersintl.org), Reach Beyond (www.reachbeyond.org), World Mission (www.worldmission.cc), and ZimZam Global (www.zimzamglobal.org).