Nero 666 Was Not the Antichrist of Revelation 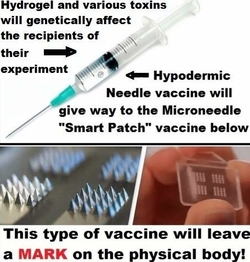 The impossibility of Nero Caesar, who died in 68 AD, being the antichrist and of the alleged "ash marks" on the foreheads of people who exchanged their coins for Nero coins (if such occurred at all) are unrelated to the reality of what is coming soon. The following are numerous reasons why the mark of the beast is yet future from this point:

To argue that Jesus already came from the following is flawed - "I tell you the truth, some who are standing here will not taste death before they see the Son of Man coming in his kingdom" (Mat 16:28). The chapter division can throw the readers off from noticing the fulfillment. The following verses immediately explains it, that is, Peter, John and James saw Jesus transfigured before them and he was talking with Moses and Elijah (Mt. 17:1-8). Consequently, what Jesus said would happen was fulfilled 6 days later to just "some" (Peter, John and James) who heard him speak out Mt. 16:28. That verse was NOT a "promise to return during the lifetime of people listening to him" as some have wrongly concluded. In fact, that is impossible, because Jesus stated how Peter would glorify him in his death (Jn. 21:18,19).

The belief that Jesus has already returned is unsubstantiated and definitely unproven. Additionally, God's word depicts future events much different from the account of Nero and his persecutions, further demolishing the whole "Preterist" Nero-was-the-antichrist view.

To believe that Jesus already returned can not be proven with scripture. The Preterist view embraced by John Wesley, John Calvin, Hank Hanegraaff, etc. is wrong and such proponents have adopted a definite errant position.

The infamous mark of the beast is not metaphorical, symbolic or a figurative 'mark.' It is a literal mark on the physical body (right hand or forehead) needed to literally buy or sell and will be placed on the body at the same time as the microneedle "smart patch" covid vaccine. For much more about the mark of the beast, go to https://www.evangelicaloutreach.org/markbeast.htm.