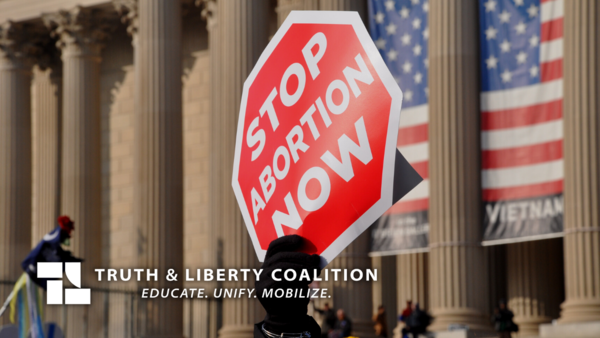 Those are the names given to five children allegedly killed by an abortionist near or at term – whose remains were recently recovered in the Washington, DC, area by pro-life activists. The five were among 115 babies' bodies allegedly discarded by an abortion clinic and scheduled to be incinerated at a Maryland power plant.

The extremely graphic, gruesome, and deeply disturbing images of those five children have now been made public.

The Progressive Anti-Abortion Uprising organization, whose members turned the remains over to authorities, said in a press release, "Their late gestational ages as well as their apparent sustained injuries potentially show violations of the Partial Birth Abortion Act as well as the Born Alive Infants Protection Act which are federal crimes."

Pro-life activists and members of Congress are calling for full investigations. In contrast, Democrat lawmakers in states across America are working to rapidly pass laws granting immunity for the slaughter of babies in the womb up to birth, and in some cases after birth up to 28 days!

Democrats are feeling the pressure to enshrine radical abortion rights now out of fear that the U.S. Supreme Court decision in the pending case of Dobbs v. Jackson Women's Health Organization will reverse its infamous 1973 pro-abortion decision of Roe v Wade. Since Roe, abortion has taken the lives of at least 63 million children in America and has been the number one cause of death worldwide for many years.

In Colorado, only three days after news broke about the 115 aborted baby corpses in Washington, progressive Democrat Gov. Jared Polis brazenly signed into law North America's most extreme pro-abortion law, all the while celebrating the new law's grant of absolute unrestricted freedom to kill innocent babies.

While a number of Republican-led states have passed laws protecting the unborn in anticipation of Roe's reversal, Democrat led states are following Colorado's lead. California and Maryland are even considering measures allowing babies to be killed after birth – outright legalizing infanticide. It's a strategy to create abortion 'sanctuary' states ahead of the possible overturn of Roe.

In the Bible, Israel was forbidden from worshiping the false god Molech (Lev. 18:21), a practice which involved child sacrifice. Biblical scholars believe Molech's priests would place live infants into the outstretched arms of the idol, which had been superheated by fire, cooking the child to death. The sacrifice was committed to earn prosperity from the false god.

How different are Colorado and other Democrat-controlled states these days from the cult of Molech? In just 50 years, activists have gone from claiming a "right" of abortion (not found in the U.S. Constitution), to demanding taxpayer funding and enthusiastically supporting the death of babies up to and well after birth.

Is the outright butchery exposed in images of aborted children in Washington any different than the detestable ritual of child sacrifice to Molech? Consider recent reports of women happily taking abortion pills on the Supreme Court steps while taunting pro-life activists – all for the attention of the adoring left-wing media.

The overturn of Roe is far from certain. But even if it is ultimately retracted by the High Court, states under Democrat control (like Colorado) will still be abortion havens. Americans who value the sanctity of life and want unborn babies protected must continue to stand for truth, insist that lawmakers protect life, work for the election of genuinely pro-life candidates, and resist all attempts to legalize the barbaric practice of child sacrifice.