Sudan Crisis: The Needs of Older People Must be Considered in Emergencies Such as the Darfur Crisis 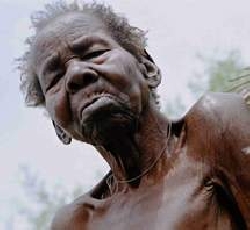 Contact: HelpAge International , +44 20 7278 7778, Dec. 1 /Standard Newswire/ -- Violence in has displaced more than 2 million people from their land. This has left them without shelter, with their basic needs unmet, and unable to access their crops.

The United Nations Emergency Relief Coordinator now estimates that almost 300,000 people have died from disease and malnutrition. is considered to be the world's worst ongoing humanitarian crisis.

Many displaced people have sought security in camps. Approximately 8% of these are older people, half of whom live alone.

Women outnumber men and 40% of women in the camps in are widows.

Almost a third of older people living in the camps care for orphaned children.

Older people in the camps are rarely targeted in international humanitarian food and health programmes.

They suffer from food insecurity as reduced mobility prevents them from reaching food registration points.

They do not always have access to proper shelter and sanitation and health treatment for chronic diseases and illnesses, such as eye problems, is not available.

Older women are particularly vulnerable because they are sent to collect firewood from outside the camp, as they are considered to be less at risk of rape than younger women.

The effects of prolonged displacement create problems in health care, nutrition and social interaction which go beyond basic needs. A recent HelpAge International report "Rebuilding lives in longer-term emergencies" illustrates the importance of developing longer-term responses across the generational divide which will contribute in rebuilidng communities in .

HelpAge International is working in seven camps for the displaced – Goker, , Sisi, Krinding I, Mornei, Kerenek and Ardamatta– in , where there are high concentrations of older people.

HelpAge International is grateful to Help the Aged, ECHO, the Disasters Emergency Committee, UNHCR, BandAid and The Ford Foundation for funding programme work in .

Working with other agencies

Plans include further expansion of the programme to new areas, small-scale livelihood and income-generating activities, and the implementation of a health and nutrition programme, with the following elements: