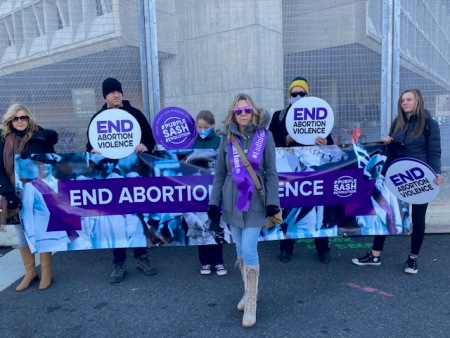 WASHINGTON, Feb. 20, 2021 /Standard Newswire/ -- Stanton Public Policy calls for the Senate to reject Xavier Becerra's nomination and for Mr. Biden to nominate a person who is committed to providing true health care services to the nation rather than promoting a radical extremist political agenda.

Stanton also calls for the over 3,000 pregnancy resource centers and life-affirming clinics to reject and refuse to comply with any HHS regulations under a Biden Administration which would call for abortion referrals or advertising.

Stanton Public Policy Center is a Woman's advocacy and educational group that works on issues of human rights and justice which empower and inspire women.  It is affiliated with Stanton Healthcare which has life-affirming women's health clinics in America and internationally.

"Attorney General Becerra has a track record of targeting pregnancy medical clinics like Stanton Healthcare in California. As was made clear by the Supreme Court's ruling in NIFLA v. Becerra, pregnancy centers and clinics should not be forced to refer for abortions against their will, contrary to AG Becerra's efforts.

"As a lifelong resident of California and the director of a fully licensed pregnancy medical clinic in this state, I emphatically urge the U.S. Senate to reject the appointment of AG Becerra as Secretary of Health and Human Services. Becerra has demonstrated that he is unqualified for the HHS position and is radically biased in support of abortion - to the point of defending unconstitutional laws targeting legal clinics which provide charitable services at no cost to underserved, often minority, populations. The policies which AG Becerra has defended go against the principle of 'do no harm', and attempted to force us to participate in actions which are by nature anti-woman.

"Stanton Healthcare of Southern California would not adhere to a state mandate requiring our clinic to promote and refer for abortions, and we will not comply with any future HHS mandate which would require similar moral compromise."

"The nomination of Attorney General Becerra by President Biden to HHS Secretary is deeply troubling on many levels. It would undo the great strides made in the past four years to protect women's health and human life in the womb.

"AG Becerra has a track record of working against life-affirming women's medical clinics like Stanton. How do we judge future behavior? By past behavior.

"If he is confirmed, it will be a nightmare for women's health. We strongly urge the Senate to oppose the confirmation of AG Becerra and to do everything within their power to protect pregnancy centers and clinics.

"I want to make it clear as the Founder and CEO of Stanton Healthcare: if Becerra becomes the HHS Secretary, our Stanton Healthcare clinics will never refer for abortions regardless of any mandates set forth by HHS. We will not comply. We would risk arrest, jail time, and fines to defend our right to provide quality compassionate, medically-accurate care to the clientele we serve. And we encourage pregnancy centers and clinics across the nation to refuse to be intimidated into compliance with abortion referrals. Now is the time for us to fight and stand like never before."

For more information or interviews with Ms. Swindell or Versluys contact: Rev. Patrick Mahoney at 540.538.4741